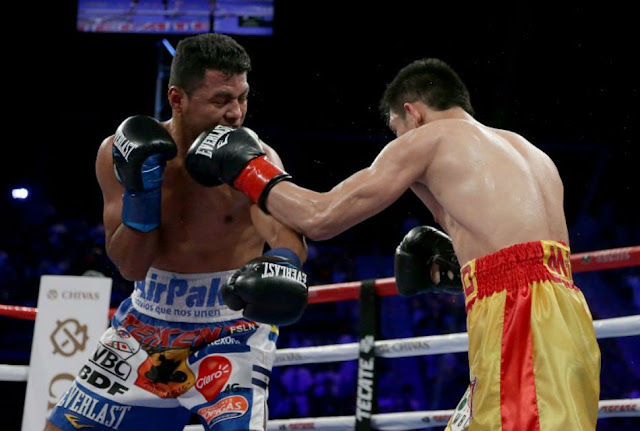 Asia Based MMA Promotion ONE Championship has made its way into Boxing and has successfully signed Srisaket Sor Rungvisai, who will be defending his WBC 115lbs title on a card the promotion is holding in Bangkok on October 6th.

Srisaket (45-4-1) will defend at the event ONE :‘Kingdom of Heroes’, which will take place in China, as the main event of the promotion, which will have all its fight in the ring not a cage.

Srisaket has been regarded as pound for pound king and has just recently defended his title against Juan Estrada. He will also before the date be fighting a non title tune Up fight against Young Gil Bae (28-6-2) in a 120 lbs, to be broadcast live on Workpoint TV in Thailand on July 21st.

Speaking while promoting the event, Thainchai Pisitwuttinan of Nakornloung Promotion was at a press conference in Bangkok on Monday said:

“Our work in boxing has always been driven by our passion and love. The best part of it is that we get to give life-turning opportunities to boxers and their families. Each of them has their own stories, but they are all driven by the same dream – to be the world champion. I am glad that our promotion and ONE Championship have coalesced in having a common mission and vision for combat sports athletes around the globe. I just cannot begin to say how massive of an event this will be. History will be made on 6 October.”