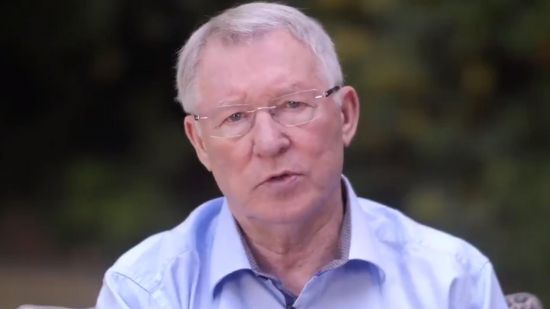 Former manchester United Boss Sir Alex Ferguson spoke for the first time since diagnosed with a brain haemorrhage, thanking most especially the Hospital, and Nurses for saving his life.

Ferguson  who is now 76, retired from, retired as United manager in 2013 having won 38 trophies in 26 years at Old Trafford, 49 trophies as a manager with St Mirren, Aberdeen and United, including two Champions Leagues at United in 1999 and 2008 and the European Cup Winners’ Cup with Aberdeen in 1983.

He looked very healthy speaking through United’s twitter handle, he also wished Manchester United the best in the coming season, promising watch as usual from the sidelines.

“Hello, this is a quick message, first of all to thank the medical staff at Macclesfield, Salford Royal and Alexandra Hospitals,” said Sir Alex.

“Believe me that without those people who gave me such great care, I would not be sitting here today… so thank you from me and my family. Thank you very much.

“It’s made me feel so humble as all the messages I’ve had from all over the world, wishing me the best and the good wishes do resonate very strongly with me so thank you for that support you’ve given me.”

“I’ll be back later this season to watch the team. In the meantime, all the best to Jose and the players, thank you very much.”