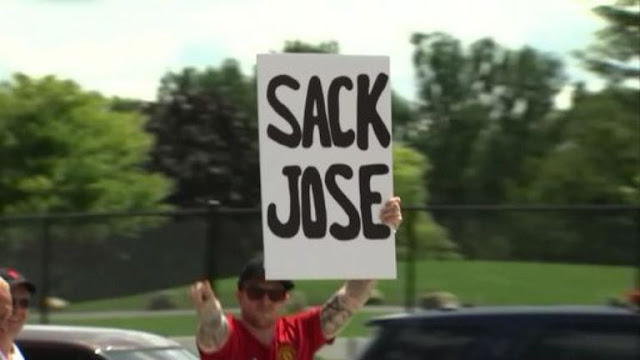 Jose Mourinho has had a hard Pre – Season so far, having surfered a 4 – 1 defeat to Premier Rival Liverpool in their last outing, and two draws over 90 minutes against San Jose Earthquakes and AC Milan.

He has complained of a lack of signing, Injuries and the unwillingness of his Boys, resuming from their World Cup Holidays to prepare for the coming season.

Antonio Valencia and Chris Smalling also missed the Liverpool defeat through injury, while Anthony Martial isn’t back after his Second child birth and with less experienced academy boys, with Sanches, Fred ………… Nothing much could be expected against a more experienced Liverpool.

Yet some Fans in the US are already asking for his dismissal after his team got trashed by The Rampaging Reds, without thinking much of his predicament.