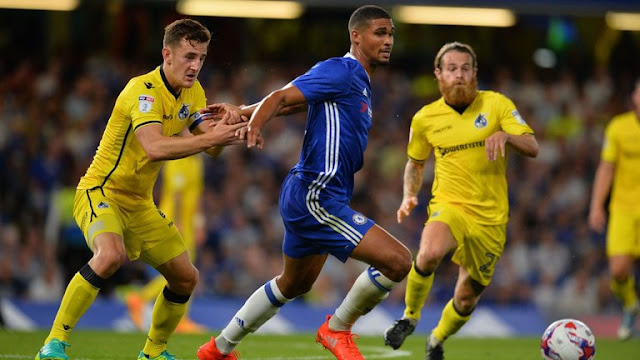 Ruben Loftus-Cheek, who spent his last season on loan last Crystal Palace has accused the London club Chelsea for not giving the young players playing opportunity.

He moved up from the Chelsea academy, making his debut back in 2014, has only made 32 appearances since his debut in 2014.

He was a key player at Crystal Palace last season while on loan last season and his performance earned him a call to the England Squad for the world Cup but Chelsea still seem less interested in the lad.

“It’s been so difficult to go from playing every game then get to the seniors and not be given a chance.
“It’s really difficult mentally, there’s only so long you just enjoy training with top players.

“From a year ago, I’ve improved so much from playing. A game situation is so, so, different.
“It’s hard to compare the faith of Gareth Southgate and Roy Hodgson and lack of Antonio Conte faith because Chelsea is a big club and managers are under pressure and maybe don’t want to take a chance on a young player.

“I don’t understand what’s going on behind the scenes fully.”