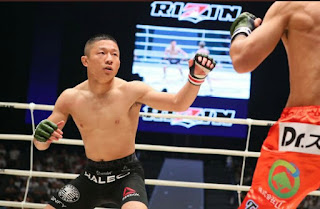 In the main event, Kanna Asakura (13-2) out worked a determined Rena Kubota (7-2) to a unanimous decision in a 108 pound bout, on Sunday morning, at Saitama Super Arena in Saitama, Japan

Asakura, who is now on a seven fight winning streak could not summit Kubota  Asian their Furstenberg Bout but was able to superiority on the ground to get a unanimous decision.