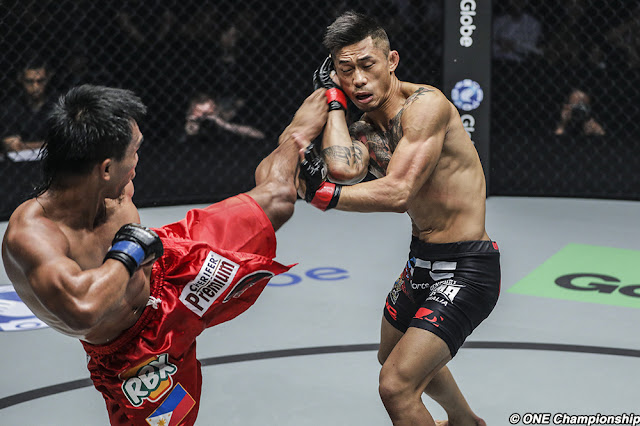 Kevin Belingon captured the One interim Bantamweight Title with a decisiondvictory over Martin Nguyen. Belingon (19-5) stuffed takedowns, worked around the reach disparity, threw shots with intent and was ultimately rewarded for his aggression against Martin Nguyen (11-3).

After the full five rounds, he won thetfirst on all three score cards to become the the new interim bantamweight champion in the main event of today’s “One Championship 78: Reign of Kings.” streamed live on the ONE Championship app, from Mall of Asia Arena in Pasay, Philippines.

This definitely sets up a fight with One Bantamweight champion Bibiano Fernandes, who met him in the Octagon, where some exchanges took place between both Champions.