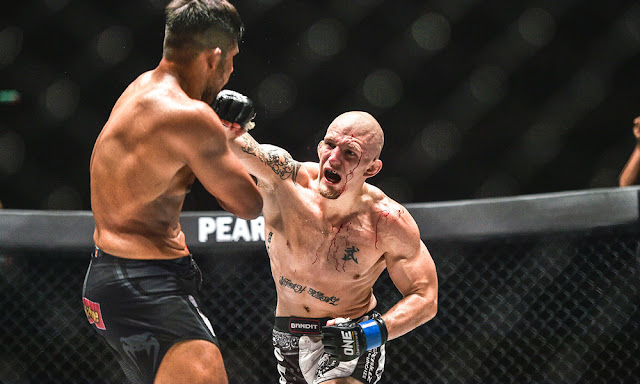 Headlined by a tough and hard to predict welterwelter fight between Zebaztian Kadestam and Agilan Thani at Axiata Arena in Kuala Lumpur, Malaysia. Kadestam (10-4) after entertaining first round and second round, ended Agilan Thani with a vicious KO in the third round.

Agilan Thani ’s (8-2) was at his best but the 27 year old Swedish international was really good, he overcame takedown and lotslof offense from Thani,  to end the fight dominantly with Punches, knees, and elbows to make for a perfect -Highlight type of ending as the ref, mercifully, stepped in at the 1:56 mark of the round.

Zebaztian Kadestam has now successfully rebound from a loss to now retired  retired champion Ben Askren while Thani who was on a two fight winning streak, saw it end at this back and forth fight that ended with him Ko’ed.