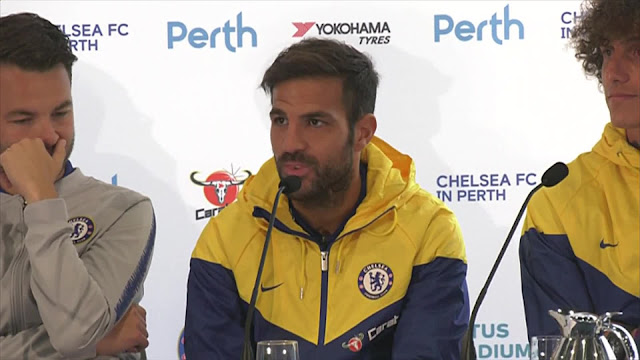 Chelsea midfielder Cesc Fabregas has expressed his excitement in the arrival of new head coach Maurizio Sarri. He believes that his kind of football will be good for the Club .

Chelsea are presently in Australia preparing for their first pre-season game and the first under Maurizio Sarri, who took over this week after the departure of former Boss Antonio Conte.

“His way of football, I believe in,” said Fabregas.
“I really like it, I grew up in this system, in this quality of football, that he wants to bring to the football club.

“I think the type of player like myself, we can take a lot of advantage. We just have to train very hard, be united, be a team.”

“Whatever he decides how we play and how he wants to play, we will need to figure it out and try to win trophies, which is the main thing,”

“We want to play well, we want to be attractive, but we want to win as well, so it is an important season in front of us.”