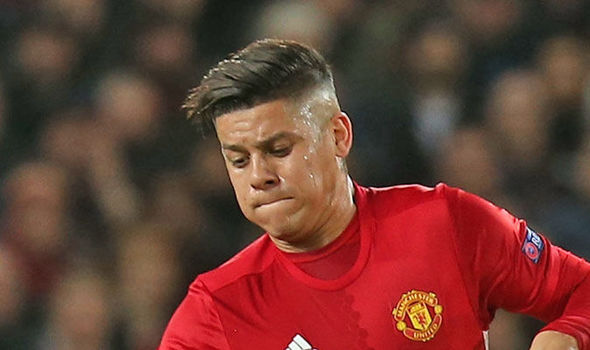 News yesterday had it that, Marcus Rojo is returning Manchester to discuss his future, instead of Joining up with his teammates in their US tour.

Manchester United are planing to bringing in £65m central defender Harry Maguire from Leicester and Marcus Rojo and Damian will be going through out this summer to facilitate the transfer.

Marcus Rojo is to head towards newly promoted Wolves while Damian goes to Juventus. The problem with the Rojo move is his £160,000 a week wages and £30m fee could be an obstacle.

Damian on the other hand had earlier this week, said he is ready to make the move away from Old Trafford even if he is entised to stay with playing time.

“I don’t think the injury of Antonio is a big injury. I don’t know how long he needs to stay out, but at the moment he is the captain, he’s first choice,” Darmian said.

“I want to play more regularly. Last season, I didn’t play much — that’s my objective and my ambition. That’s why I spoke with the manager and also with the club about my future.

“I want to leave but we will see what happens because we don’t know.”