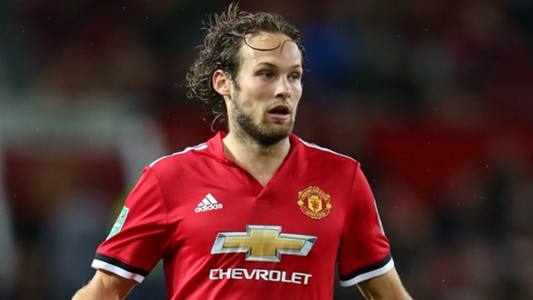 Manchester United have agreed the sale of Daley Blind back to Ajax after a a four year stay at Old Trafford.

The 28 year old arrived at Manchester United with a £14m deal from the Eredivisie giants Ajax and was going into his final season of his five year contract with the Red Devils.

The Club on Saturday agreed an initial fee of £14.1m for his return to his former club, which might rise to £18.5m with performance-based add-ons.

The Manchester United Team and manager Jose Mourinho are in the United States, for their pre season tour but Blind is not with them due to the tranfer.

Manchester United confirmed they have agreed the deal for his transfer on Monday via their Twitter handle.

#MUFC has agreed terms with Ajax for the transfer of @BlindDaley. A further announcement will be made in due course.
pic.twitter.com/XEvxEeOG2I
— Manchester United (@ManUtd) July 16, 2018

Blind has made 90 Premier League appearances in four years at Old Trafford and due to a rift with Mourinho, was limited to just seven appearances last season.