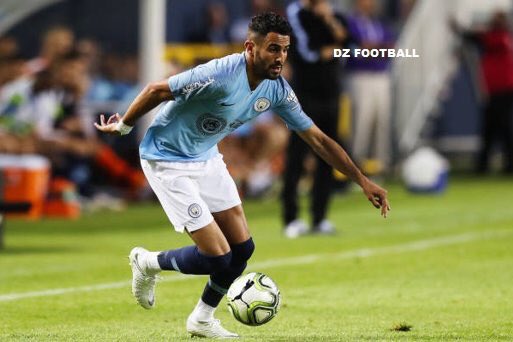 Manchester City’s record signing Riyad Mahrez made his debut for the Blues and almost grabbed a goal from a 20 yard freekick. He was clearly the best Man City player on the pitch.

Dortmund’s United States international Christian Pulisic, was very impressive and the biggest treat in the First Half, clearly boosted by return to home soil.

Pep Guardiola started the game with plenty of youngsters and players who spent last season out on loan, as he awaits the return of 16 senior players still to join up for preseason after playing at the World Cup.

Oleksander Zinchekno was very aggressive in the defense. Chopped Pulisic down twice and was the major cause of the penalty.

Former New York City FC striker Jack Harrison made his first start for City, while Joe Hart made his first in two years and was relieved to see a Mahmoud Dahoud strike drift inches wide of his post in the 49th minute.