Liverpool Changed Because We Raised The Premier League Level 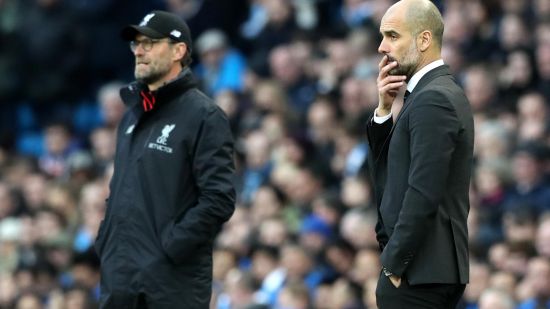 Liverpool Boss Jurgen Klopp has been busy fortifying his club for the coming seasonsusing the funds raised by the sale of Brazilian Philippe Coutinho.

So far paying a world record fee for a goalkeeper to sign Brazil’s Alisson last week, added Naby Keita and Fabinho to the midfield and boosted their attacking options with the signing of Swiss winger Xherdan Shaqiri.

But Manchester City Boss Pep Guardiola  who won the Premier League record last season with a record 100 points in his second season  does not criticize their rivals move ahead of a friendly between the two clubs in New York on Wednesday.

“Every club, do what they believe, and I understand it,” Guardiola told a news conference on Tuesday.

“When Liverpool believe they need to spend on these players, it’s because they believe it’s for the best for them…

“Last season we increased the levels of the Premier League – 100 points. The level is here, now we try to take the level, every team tries to do better and better.”