Skip to content
HomeEPL Sports NewsJurgen Klopp : One Of My Goal Is To Make Jose Mourinho Smile

Jurgen Klopp : One Of My Goal Is To Make Jose Mourinho Smile 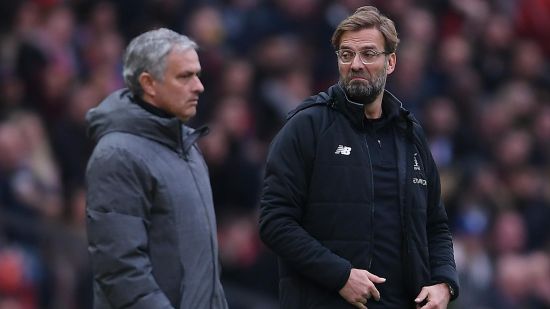 Jurgen Klopp has been doing lots of spending in the summer window and that seemed funny to Manchester United boss Jose Mourinho because Klopp had actually been against the big spendings at Manchester United two years ago.

Klopp on the other hand responded with some funny cuddling reality answer , when asked about Jose’s comments about his “big spending” and whether it’s one of his mind games

“Yeah, for sure, a little bit but that’s okay.

“But I heard as well that Jose found me funny and one of my biggest goals in life is to make Jose smile! It doesn’t happen too often and if it happens because of Liverpool – well done!”

“I said a few things [in the past]. I cannot really remember what I said but I know what I said about the Pogba transfer.” Klopp said.

“If he is happy about our transfers even better, but we know that it does not mean you win automatically whatever.”