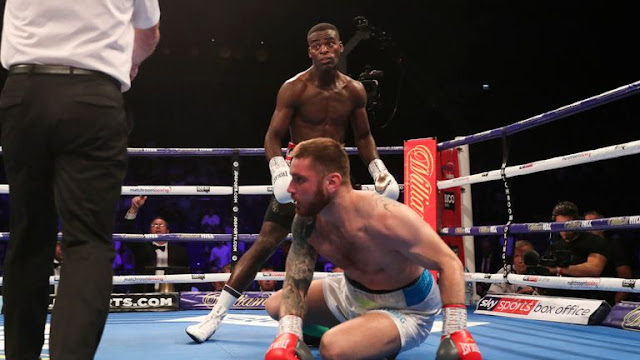 Joshua Buatsi needed less than one round to defeat Andrejs Pokumeiko on the way to his first professional title.

Buatsi attacked his Latvian opponent with a series of left hooks with combinations to the head and body, sending him to the canvas with one of those combinations.

Pukumeiko returned to his feet but just another left hook from Buatsi was enough to end the fight, as the referee waved the end.

“It was less than a round, there’s hardly anything I can take from it.

“Absolutely [I’ll fight Ricky Summers next]. It was his birthday yesterday, so happy birthday!
“I hope Summers recovers and I’d like to get it on. I’m ready to go against whoever.”

[…] Joshua Buatsi with the win, ended another fight with a knockout defending is WBA international title… in one round to win it back in 2018 […]