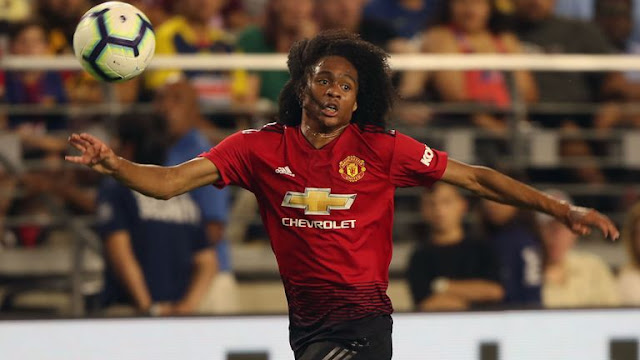 Jose Mourinho has taken time to heep praises on young debutant Tahith Chong, who his 30 minute debut made an impact in their friendly against Club America on Friday morning.

Manchester United had gone a goal down before his introduction. However, the young player of the year at United last season, impressed on the wing before and after the goal,  leaving Mourinho with nothing but Praises for him.

“He was good. He came with the intention to show, and in a moment where we have no strikers on the pitch, Martial was the only one and then he left, so we needed people to create, have some initiative, which he did” Mouriho said.

“The action for the cross for the goal is a beautiful action. He was enthusiastic, he was confident to play.

“Of course physically he has his limitations, and when he has one more touch and he allows that body contact of course he loses it, but when he makes the ball move and attacks people one against one, he has quality. He’s a good kid.”