Skip to content
HomeEPL Sports NewsJose Mourinho Knows How To Win Trophies , United Will This Season

Jose Mourinho Knows How To Win Trophies , United Will This Season 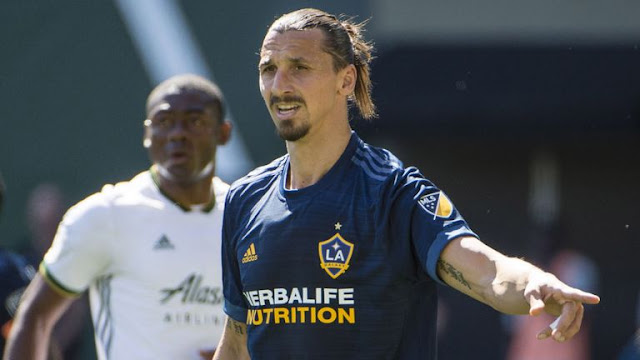 Zlatan Ibrahimovic has scored 13 goals in 15 appearances for LA Galaxy, since his move away from old Trafford, March last year

United finished 19 points behind League winners Manchester city also losing to Chelsea 1-0 in the FA Cup Final but Zlatan  believes Jose Mourinho will fix things up, as he has always done in the past.

“The coach Mourinho, everybody knows him,” the former Sweden captain said. “He will always be in the game of winning trophies.

“Last year he didn’t win but it’s not often he finishes a season without winning a trophy. But he is in a club and he has a team that is able to win and is used to winning.”

Manchester United have failed to win the Premier League Trophy since 2013 but made their best finish last season (2nd). Zlatan believes that Mourinho is Preparing for the coming season and that United will have a good one.

“He is preparing for the season and I think they can have a good season,” he added.
“They have some new players coming in and the normal transfer market – players come, players go and you build that up.

“I wish them all the luck, I hope they’ll win something because they have the ability, they have the quality and the club is in need of winning.”