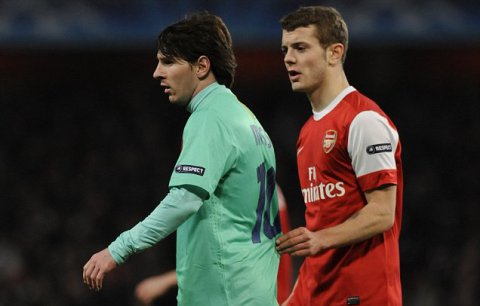 Wilshere forfeited signing a new contract with Arsenal for the West Ham move, sighting, he might not have playing time under the new Boss Unai Emery.

Wenger, who has seen the boy grow had noting but Praises for the playmaker and compared chime to the biggest names in the business

“Jack Wilshere is a playmaker,” Wenger said. “He is a bit of a Messi type. He makes me think about Mbappe because I played him at 17 years of age because he was an exceptional talent.

“Unfortunately he has been stopped very early by big injuries to his ankle, and I believe that now he’s come out of it. He’s an exceptional player — he can pass people, he can give a final ball, he has a fantastic football brain.

“He is a great guy as well because when you have gone through what he has gone through medically you need to be mentally very strong. He can take pressure, believe me.”

last season, Wilshere overcame a foot injury, got back to fitness and proved his fitness for Arsenal, making 29 starts in all competitions