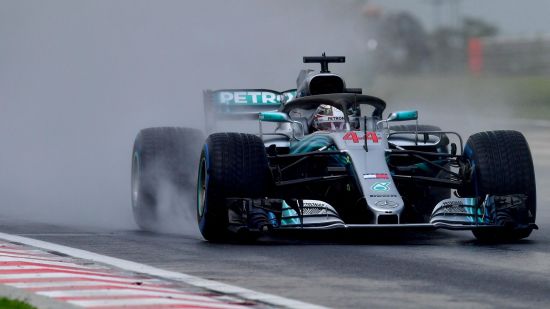 Formula One world championship leader Lewis Hamilton secured pole position for Mercedes at the Hungarian Grand Prix on Saturday, despite the turbulent weather.

Every front runners on Q3 , made use of Wet Tyres throughout, which was due to the weather condition. First runs had Ferrari driver Kimi Raikkonen having the advantage over Lewis Hamilton.

Hamilton and his teammate Valtteri Bottas  took over the race after pitting for a fresh sets of wets with three-and-a-half minutes remaining. Both battled for the pole position – Bottas taking the advantage in the first two final sectors but Hamilton was 0.426 seconds faster in the final sector to take pole by 0.260s. 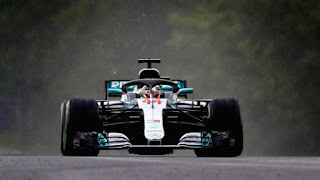 Kimi Raikkonen took the third spot, while Sebastian Vettel made it an all Ferrari second row with 0.024s

Renault driver Carlos Sainz Jr came in fifth and was the only driver without the Wet Tires in Q3, Toro Rosso of Pierre Gasly came sixth.

Red Bull Max Verstappen down in seventh place and 2.374s off pole,while teammate Daniel Ricciardo could not even reaching Q3.

Brendon Hartley made the the best start of his career with eight, ahead of Haas pairing Kevin Magnussen and Romain Grosjean.