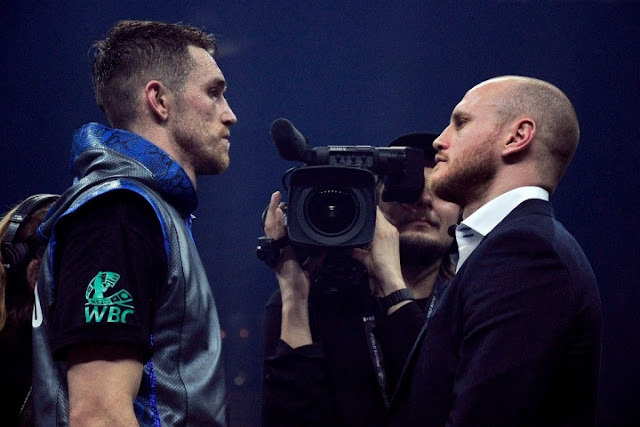 Both fighters started the competition at the Draft Gala in Monaco in July last year, with Groves, the number one seed, and second-seeded Smith both picking their opponents.

“The Super-Middleweight Final in Saudi Arabia, where the Muhammad Ali name and legacy is so revered, has all the ingredients to capture the world on a stage not normally associated with boxing.”. Said Kalle Sauerland, Comosa’s Chief Boxing Officer

“Groves vs Smith is an incredible match-up between two proved gladiators, two rivals, it’s certainly a final not to be missed!”

George Groves will be defending his WBA title for the third time at the final and all has been against British Opponents (Jamie Cox, Chris Eubank Jr. and now Callum Smith) and will stand a chance of taking the Ali Trophy and the Vacant Ring Magazine super middleweight championship.

“It’s fantastic news that we now have a confirmed date and location for the final and I’m incredibly excited that the fight has been formally confirmed to take place in Jeddah,” said Groves. “I’m excited and sure this final will eclipse every WBSS fight to date for excitement and drama. I have been in camp for a while already but am now looking forward to stepping the training up now that the dates been set.”

“Smith is a good fighter but I believe I am the best super middleweight on the planet,” continued Groves. “I’m World Champion, number one in the division and am now looking forward to putting on a show in Jeddah and winning the Ali Trophy.”

Callum Smith,  who has had his own share of opposition in Sweden’s Erik Skoglund and Dutchman Nieky Holzken in the quarter-final and semi-final respectively believes he can make a difference against Groves come Fight night in Jeddah.

“It has been a long time since my semi-final win over Holzken,” said Smith.“But the most important thing to me is that my opponent is George Groves. It means that by the end of September I have the chance to be the WBA champion and the number one super middleweight in the world. I believe I will do it,”

“I am excited to be part of such a big night of boxing. It began with the red carpet treatment in Monaco and will end with more of the same in Jeddah.”