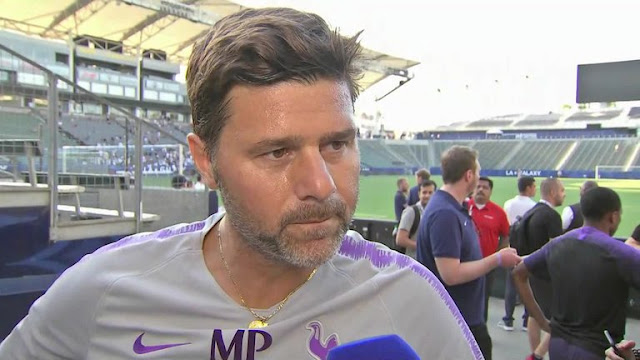 Tottenham manager Mauricio Pochettino has admitted concerns brought by the early closure of the Premier League transfer window but also feels content with the preseason.

Tottenham Hotspur is presently without the nine players , who participated in the latter stages of the FIFA World Cup  as they prepare for the new season in Los Angeles.

The Premier League will begin on the Friday,  10th of August, with Manchester United facing Leicester in the season opener. This happens after the transfer window closes on Thusday night and this according to Pochettino might pose a problem.

“The Premier League transfer [deadline] day is so early when you compare it with the rest of Europe. It is not going to help a team like us but that is how they decided to work,” he told Sky Sports.

“Every season is the same, we talk about adding more quality.
“It is always about [players] in and out. We are trying to arrive in the competition in the best condition.

“There are a lot of things to improve but I am happy in the way we are working. After the World Cup, it is always difficult but we need to adapt our plan for different players.

“England players were involved [until the semi-finals] compared to four years ago or eight years ago [when they were knocked out much earlier], But that is a good challenge for everyone.”