Skip to content
HomeBoxingDillian Whyte : Anthony Joshua Is Not A god, I Rocked Him

Dillian Whyte : Anthony Joshua Is Not A god, I Rocked Him 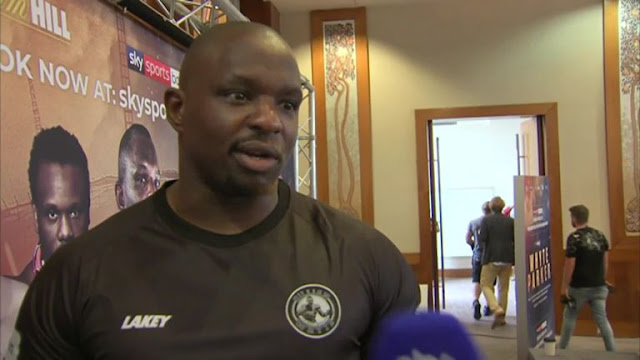 Dillian Whyte believes that Anthony Joshua thought he was a god before behind got exposed in their first fight and will definitely be KOed, if he gets a rematch.

Whyte, who maintains he wasn’t Physically and mentally ready for  the KO loss to Joshua, back in 2015 but was happy to have exposed his weaknesses in the second round.

“I had problems at the end of the fight. I wasn’t mature enough as well, mentally. Mentally I was thinking, fight, fight, destroy, destroy, but now I approach it differently. I just know what to do now.

“This guy, he thought was a god, until I rock him down to his boots. Then he realised that this godliness that he thought he had wasn’t there.”

He has also maintained that Joseph Parker, who recently faced AJ, was a coward and didn’t engage in the fight, promising fireworks, when he eventually gets a rematch.

“He won’t be like Parker where they’re both standing off each other,” said ‘The Body Snatcher’. “If he don’t want to fight me, I’ll be chasing him all night long.

“He knows he came very close to losing to me. It doesn’t matter what he says, he’s openly admitted it after, years after that. He was being hurt badly in the fight.

“We’re just two fighters, that we just have that style, and that chemistry together.
“Joshua gets destroyed this time, properly. I get him going this time again, I will finish. One hundred per cent, I will finish this time.”