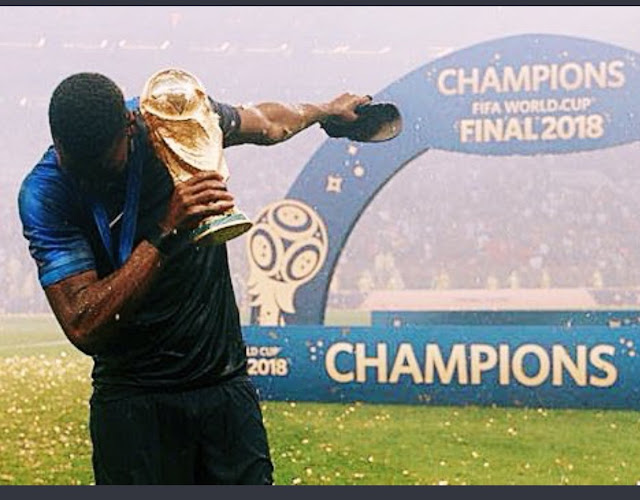 Manchester United has had over the past two seasons had issues with bringing out the best in French Midfielder Paul Pogba, who at the World Cup became a pillar in France World Cup success.

Pogba too has been heavily criticized for his performance last season but this also could be blamed on the role, he been given by his boss Jose Mourinho.

Jose Mourinho will need to learn from France coach Didier Deschamps, as he has been able to bring the best out of Pogba at the World Cup says Jason Burt, a the Daily Telegraph’s chief football correspondent

“I’m sure Mourinho will say to him ‘look at the role you play for France, and play that disciplined role I’ve asked you to play’. He doesn’t always play like that for Man Utd,” the Daily Telegraph’s chief Football correspondent told the World Cup Supplement podcast.

“But then he can probably turn around and say to Mourinho, ‘you don’t play the same sort of system or give me the same opportunities’.

“There needs to be more of a meeting of minds between those two because Deschamps has clearly got into Pogba’s head and said ‘this is what I need you to do and if you do, we can win the World Cup’ and he’s gone and done it. Mourinho needs to have a similar sort of conversation with him.

“You see his performance and you think ‘yes, that’s what he can do. That is the player he is’. It’s what you want to see more of all the time, and you don’t see enough of it at Man Utd.