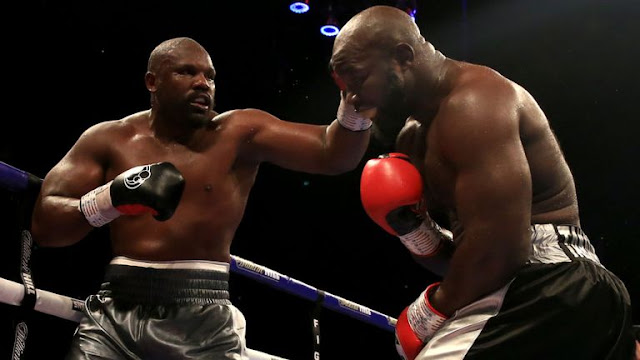 Dereck Chisora put on an incredible show ending Carlos Takam in the eight round, almost making the fans run wild in the The O2.

Carlos Takam was almost at the verge of victory when, he got hit with a two colossal right hands in the eighth round, that sent him to the canvas and the next one knocked him spack out.

Takam started the fight strong in the first round, establishing himself as the bigger and stronger bully, pinning Chisora to the ropes and repeatedly hurting him with punches at close quarters.

Chisora was actually struggling to get a hold on the fight, as Takam was hitting him too frequently. He had only his toughness to thank, getting through the second round.

Chisora finally found his way into the fight, connecting his left hooks as the fight headed into the second half but Takam maintained a high work-rate that seemed to be wearing him down.

The fight was almost stopped by the referee in the sixth due to the punishment he was taking, but then showboated by relaxing on the ropes. Somehow, he ended the round as the aggressor.

A right hand from no where, landed on Takam in the eight round sending him to the canvas, he survived but an identical one turned him off.

Chisora hailed by the fans, earned the WBA international title.