Deontay Wilder Vs Tyson Fury In Talks For December 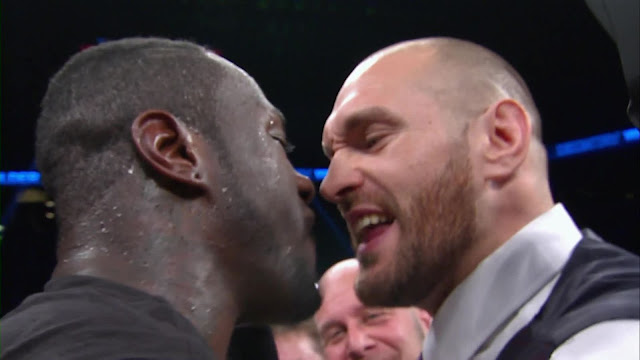 The self acclaimed linear Heavyweight world champion Tyson Fury has made known  His team is in negotiations with WBC heavyweight champion Deontay Wilder for a fight, possibly in December

Fury, made a return to action in June with a stoppage victory over Sefer Seferi at the Manchester Arena and takes on Francesco Pianeta in Belfast on August 18.

“I can confirm that me and Deontay Wilder are in negotiations. [It is] very close to being done.
“I can reveal that negotiations have been very strong for December. We are almost done with this deal.

“But I won’t be looking over Francesco Pianeta. He is going to give me the right fight and the right work to prepare me for Wilder.”

Wilder and his team have been in negotiations with Joshua, who defends his IBF, WBA ‘super’ and WBO titles against Alexander Povetkin at Wembley Stadium on September 22, but both have not been ableato reach an agreement.