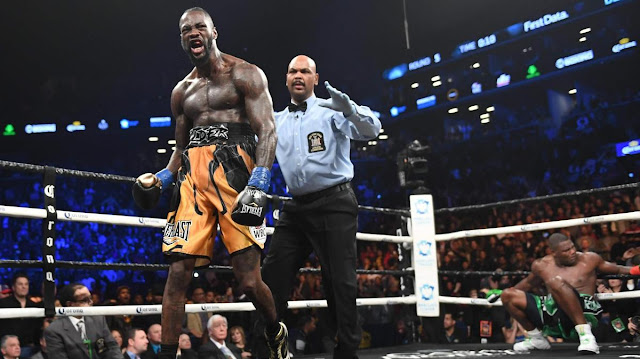 Anthony Joshua is preparing to defend his titles against mandatory challenger  Alexander Povetkin on September 22nd at Wembley but this fight overtook a unification fight with WBC Champion Deontay Wilder after both failed to reach an agreement before WBA called for a mandatory.

Ortiz (28-1, 24 KOs), who most recently face the WBC Champion Deontay Wilder (40-0, 39 KOs) and had him hurt in the seventh but saw Wilder recover and won the fight by knock out to retain the title,  believes that Joshua will be knocked out by Wilder in three.

“Wilder would knock out Joshua in three rounds,” said Ortiz to Premier Boxing Champions. “Wilder’s the faster and more aggressive of the two fighters. Of the two fighters, Wilder probably has the better chin. Joshua will not be able to withstand Wilder’s punching power.”

“Wladimir Klitschko put Joshua on his [butt], and a younger Wladimir would have gotten him outta there. Wilder will not forget what Klitschko did to Joshua, so I see Wilder being all over him and Joshua hitting the floor. Joshua will have no answer for Wilder’s style, which is a crazy powerful approach coupled with his chin.

“With all of that being said, Wilder is the superior fighter. Joshua will not be able to withstand his punches at all, point-blank, period.”