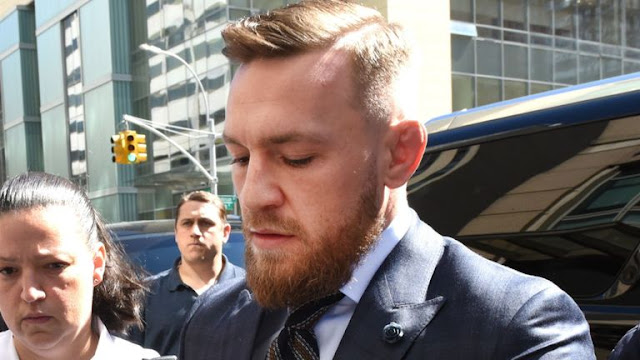 The former UFC lightweight champion has been cleared of all charges at the Brooklyn court, which definitely means he avoids jail time and will have no criminal record.

He is to start a anger management program and to pay for the damages he and his teammates caused,  after video footage emerged showing McGregor and his entourage smashing windows on a bus filled with UFC fighters.

In a short statement outside court, McGregor said: “I just want to say I’m thankful to the DA and the judge for allowing me to move forward. I want to say to my friends, my family, my fans, thank you for supporting me.”

Cian Cowley, a fellow McGregor teammate, was given three days community service and anger management for the fracas that occurred, which definitely pulled Michael Chiesa and flyweight Ray Borg out of their respective bouts.