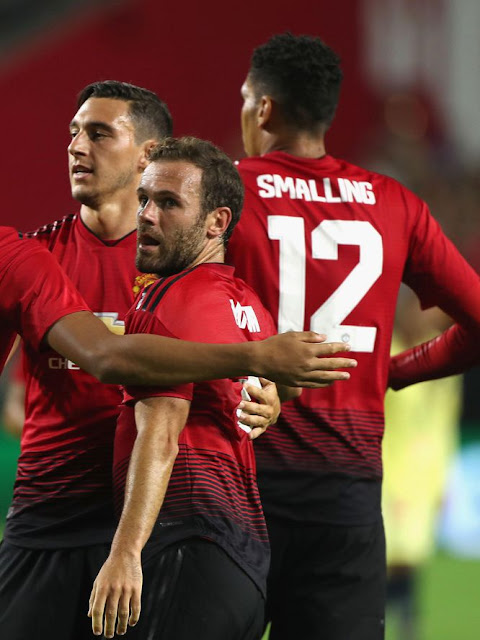 Manchester United kicked off their their pre-season season tour with a 1-1 draw against Club America in Phoenix.

Manchester United, missing much of their First XI players, handed its fringe players, academy graduates a starting shirts with Mata and Martial Leading the front line.

Mata and Martial troubled their opponents defense, with the later, unfortunately not given a penalty in the 9th minute. Mata also came close to giving united a lead, with his shot hitting the woodwork minutes after.

The first half however ended without a goal from both sides, with United being the most wasteful of the two. 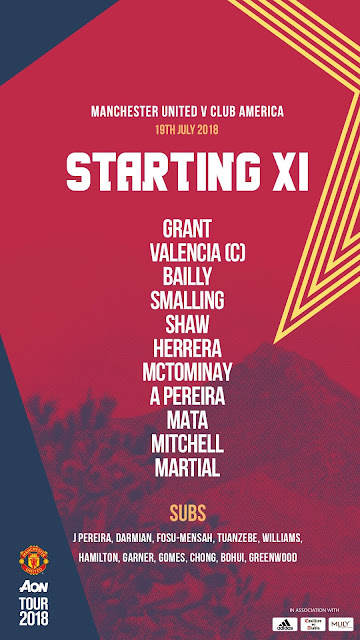 Mourinho brought in Joel Pereira on for the second half to replace Lee Grant in United’s goal but this wasn’t enough to stop Martin’s powerful header after a fine left-wing cross from substitute Antonio Lopez on 60 minutes.

Luke Shaw came close to leveling the game but his right footed effort went just wide from inside the box.

Both sides made many changes in the 75th minute , Mourinho brought in 16-year-old Mason Greenwood, who joined Tahith Chong and Grant in making their first-team bows.

Chong just three minutes in sent a cross for Ander Herrera’s header but unfortunately, that also hit the post but the rebound volley from Mata  didn’t miss, going in through legs of substitute goalkeeper Oscar Jiminez.

Manchester United had one last Unfruitful effort from Greenwood but Jimenez, was equal to the task.

Manchester United will travel to Santa Clara on Sunday for the next Tour 2018 match against San Jose Earthquakes.