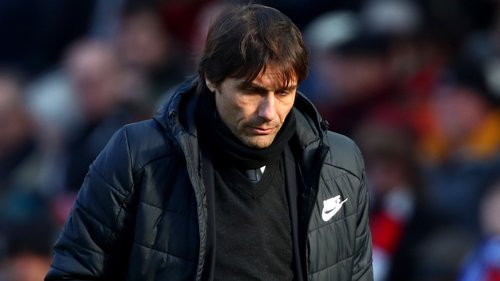 Antonio Conte has now officially step down as Chelsea head coach where he has headed for two seasons now. According to Skysports the club has refused to comment on the reports he is no longer in charge.

In his first season, he lead the club to a premier league trophy but struggled his second season, finishing fifth and managing to lift the FA Cup trophy.

Antonio Conte has now been understood to the left the club with a year remaining in his contract with the London Club with Maurizio Sarri set to take over from his Italian compatriot at Chelsea.

The Napoli Boss is now set to move to London for the next season according to Napoli president Aurelio De Laurentiis “Sarri is close to being new Chelsea manager. My lawyers are in talks with his lawyers to finalise everything.”

Former Chelsea captain John Terry has already posted, a farewell message to the out going itaIian, he only see’s as a Great Man “Great man, Great manager. I wish you every success in the future.”