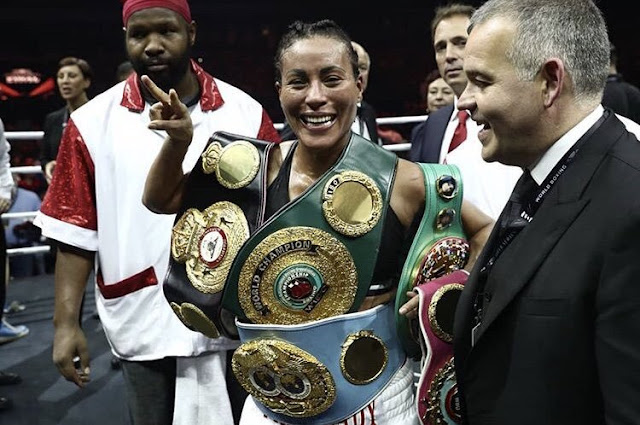 She easily outboxed and outlanded the far less experienced contender over ten rounds, though the scores were not announced by the Judges, Braekhus was credited with a unanimous decision.

Earlier in the fight, Braekhus had issues getting connecting a hard one on Sagaydakovskaya, who was really biting harder than she could chew.

Sagaydakovskaya tired out in the second half of the contest, fading with each passing roumd, leaving Braekhus an opportunity to feed her hard hooks.

Braekhus had Sagaydakovskaya in real trouble in the final thirty seconds of the contest, but the Russian challenger made it to the bell.