Skip to content
HomeBoxingAnthony Joshua Is A Disgrace, Avoiding Deontay Wilder At All Cost

Anthony Joshua Is A Disgrace, Avoiding Deontay Wilder At All Cost 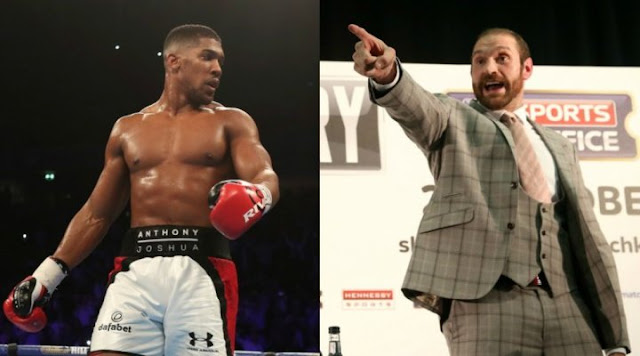 Fury who made a return to Boxing last month, with fourth round stoppage of Sefer Seferi called Joshua a coward for turning down a a £37m offer to travel to America to face Wilder.

Instead preferring to defend his titles against Alexander Povetkin on September 22 at Wembley.

“It’s such a sad time for heavyweight boxing.
“You have the so-called super champion and golden boy Anthony Joshua and he is avoiding Deontay Wilder and will not fight him at any cost.

“It takes someone good enough to step up and take the challenge and not be afraid – not be afraid to take risks and go to someone’s backyard and do it.

“Can you imagine if I went to America and beat Deontay Wilder in America after beating Klitschko in Germany? That would be sensational. It might happen.”