Alexander Gustafsson Willing To Move Up Heavyweight For Daniel Cormier 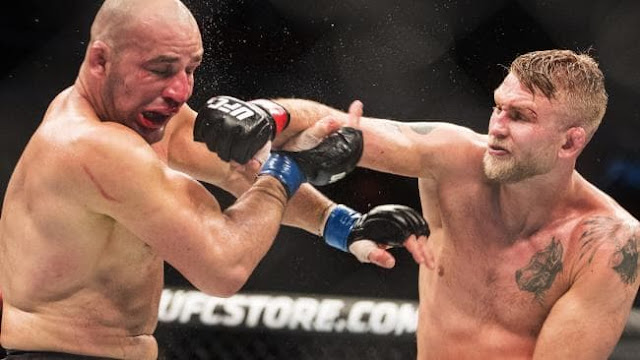 UFC No. 1 light heavyweight contender Alexander Gustafsson believes his title shot slipped out of his hands, the moment Daniel Cormier knocked out Stipe Miocic to claim the heavyweight title at UFC 226 .

Daniel Cormier won the UFC Heavyweight title while holding on to the Light heavyweight title and with Brock Lesnar’s UFC return looming in the air, Gustafsson feels Cormier will not be defending his title anytime soon.

Gustafsson knocked out Glover Teixeira impressively to cement himself the No. 1 contender in the weight class and says, he will continue to chase for his title shot, even if it means moving up to Heavyweight.

“It’s frustrating because he has something I want,” Gustafsson told MMANytt recently .

“He doesn’t come back down and face me and he’s keeping the belt. But at the same time, the hunt isn’t over. … I might continue chasing [DC]. If I need to move up to heavyweight to face him, I will.”