Skip to content
HomeMMA NewsAlan Jouban Out Of UFC Hamburg

Alan Jouban Out Of UFC Hamburg 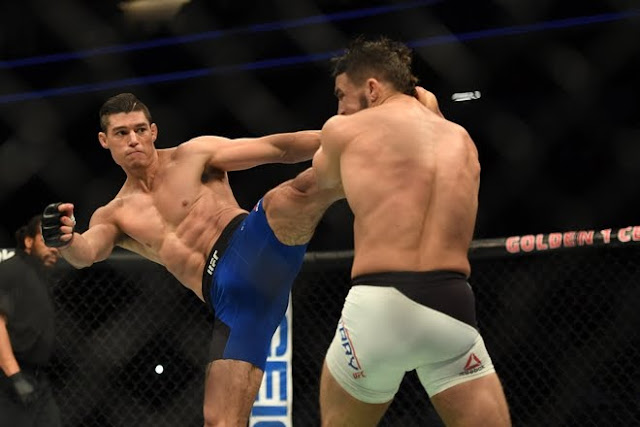 Alan Jouban is out of his scheduled fight with Danny Roberts due to injury (bulging disc in his neck and is waiting on an MRI).

“Sorry folks,” Jouban wrote on Instagram. “Believe me, I wanted nothing more than to roll into Germany and steal the damn show with with a crazy ass fight and fly home with a bonus in my pocket. But just wasn’t meant to be this time.”

This report has had no reply from the UFC and Volkan Oezdemir was pulled from the main event earlier this month to fight Alexander Gustafsson at UFC 227 on Aug. 4 in Los Angeles. Anthony Smith will now take on Mauricio Rua , Oezdemir’s original opponent, on the Germany event. The co-main event also went from Glover Teixeira vs. Ilir Latifi to Teixeira facing Corey Anderson due to Latifi ’s injury.