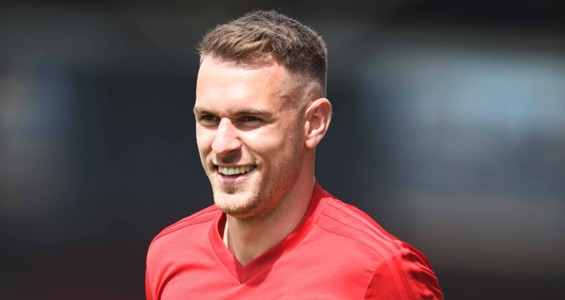 Alexandre Lacazette believes Arsenal needs the leadership qualities of Aaron Ramsey than ever before, as he has been a good example to the young group players.

Ramsey’s agent has been in prolonged negotiation with the club over a new deal and despite the assurance from their new boss Unai Emery, he is now in his final 12 months of his existing contract with the club.

Ramsey has been at the club for 10 years and according to Lacazette, should be given the status of  legend, while speaking at the at the launch of Arsenal’s third kit in Singapore.

“Aaron has been there for about 10 years, he is like a legend at the club. Lacazette told Sky Sports

“We have to be respectful for everything he has done and of course with his quality he can help the team to be better. He brings stability, quality and leadership.

“He is an example for all the young players too, so of course we need Aaron in the team.”