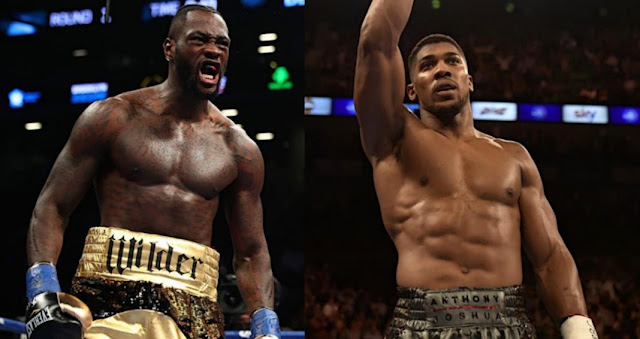 The WBC Heavyweight Champion Deontay Wilder has made known his intentions of facing the Unified World Heavyweight Anthony Joshua for a unification fight despite having no favours in the financial part of the deal.

The 32 year old from Alabama had initially sent in a 50-50 deal to the Brits camp but despite having unfavorable offers sent back at him, he is now ready to go ahead with the fight, sacrificing financial rewards for legacy.

“I’m a true champion. If it takes me sacrificing a small reward for a greater reward in the future – then let’s do it. I did the same thing with Luis Ortiz,” he told Behind The Gloves.

“I came out on top. That’s the best thing I could have done in my career. The wave is crazy now for me.

“It’s going to be the same thing with this Joshua. He doesn’t know that.

“Every opportunity that I have had was always small. I always had to make an opportunity inside of the opportunity, just like I am doing now.”