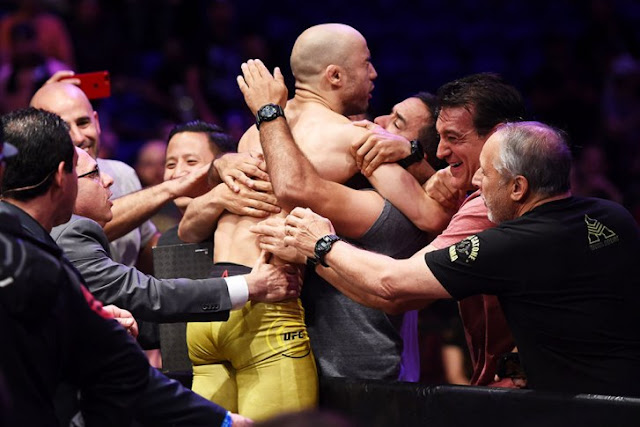 🌐 Marlon Moraes def. Jimmie Rivera by KO at :33 of round 1: Bantamweight

The Fight just stopped immediately we saw it start, Moraes launched a smooth head kick that dropped Rivera right away. Moraes pounced on is opponent, landing heavy ground strikes until the referee pulled him off.

watch The Fight As It Happened 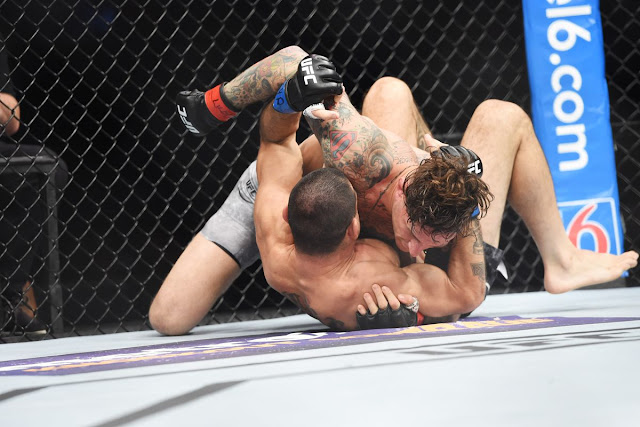 Gregor Gillespie dominating Vinc Pichel in the grappling department, ultimately coming up with a second round submission. Gillespie had an awesome opening round, scoring multiple takedowns and forcing Pichel to defend a lot of the time. The second round saw more of the same, dominant control from Gillespie with ample takedowns. The end came in the second frame when Gillespie locked up an arm triangle from half guard, forcing his opponent to tap out. Gillespie remains undefeated and now sits at a flawless 12-0.

🌐 Walt Harris def. Daniel Spitz by TKO at 4:59 of round 2: Heavyweight

Harris continued in his coming forward while Spitz moved backwards. Spitz couldn’t get his offense to click, as he spent the bulk of the round reacting to whatever Harris was doing. Harris let off with another combo that was finished off with a head kick, and then dropped him with a heavy left hand. Harris dropped his opponent, and unloaded some brutal ground strikes that prompted the referee to stop the fight. 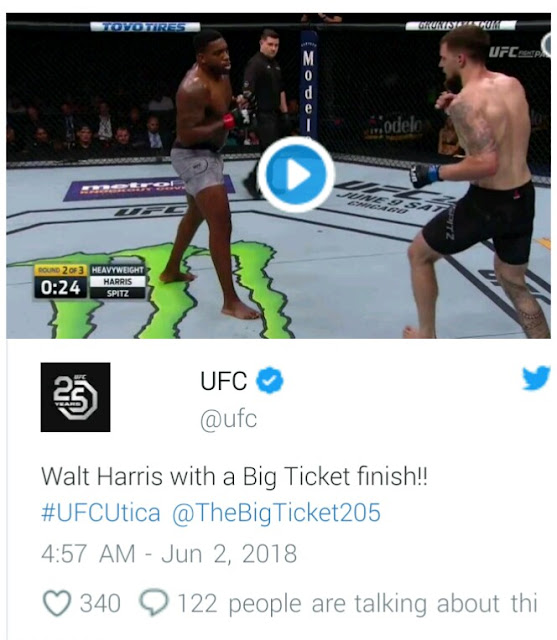 🌐 Ben Saunders def. Jake Ellenberger by TKO at 1:56 of round 1: Welterweight

Ellenberger started out aggressive, landing with power and backing Saunders up to the cage. From that corner, it was Saunders who landed a gut-buster of a knee that buckled Ellenberger. The pain was too much fir him, and after a few follow up ground strikes, the referee stepped in to rescue Ellenberger. 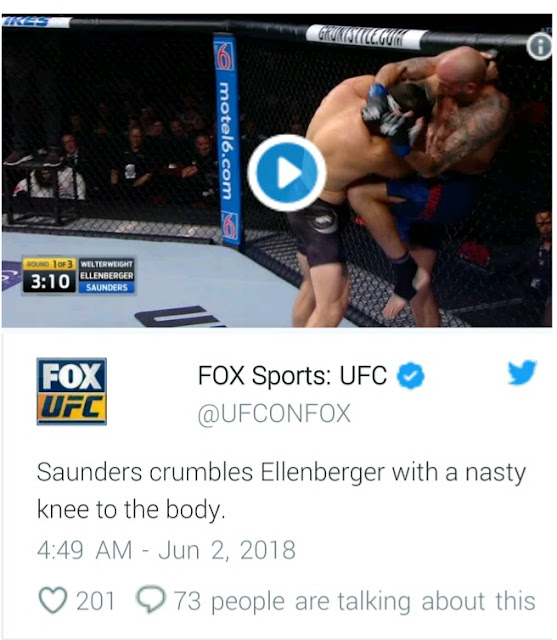 🌐 Julio Arce def. Daniel Teymur by submission (RNC) at 2:55 of round 3: Featherweight

Teymur started attacking the leg of Arce right away, lighting up the inside of Arce’s lead leg. It wasn’t until the second half of the opening round that Arce finally connected with clean cross. Arce became more active in the final minute, probing with his jab to set up his southpaw cross.

Arce to open up the second round, and then another scored as Teymur got some wild strike of his own. A beautiful flurry landed for Arce, attacking both the head and the body. Teymur started to have fits with the technical polish of Arce, but continued to throw everything into his strikes

Arce continued to control the fight in the final frame, even catching a kick that led to a back take with about three minutes left in the match. Arce worked hard for an RNC, but Teymur wasn’t going out without a fight. Shortly after Teymur gave the thumbs up to the ref, Arce squeezed a bit tighter, forcing Teymur to tapout before he went to sleep. 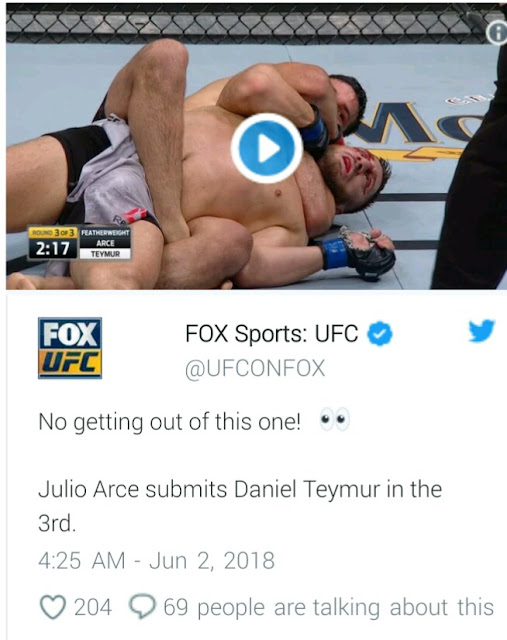 Villante moved forward right from the start,  Alvey backing himself up to the cage. Although Villante was coming forward, he wasn’t really opening up like we are used to seeing from him. Alvey connected with some solid leg kicks, and exploded with a heavy hook that dropped Villante right at the end of the opening round.

Villante continued marching forward in the second and Alvey plotting on the counter. This really wasn’t the firefight that we had thought it would be. Alvey did blitz forward inside of the last minute of the round, clipping Villante with a few flurries before time ran out.

A slow paced kickboxing bout in the final, which seemed to favor Alvey’s style. A few chipping shots landed here and there for Villante, which was more than Alvey just circling away. Alvey landed a solid cross in the final 10 seconds, but Villante was able to grab a hold and force him up against the cage to close out the fight. 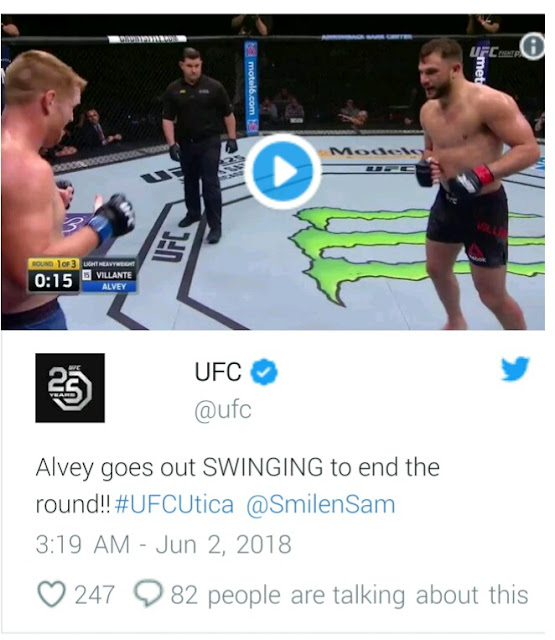