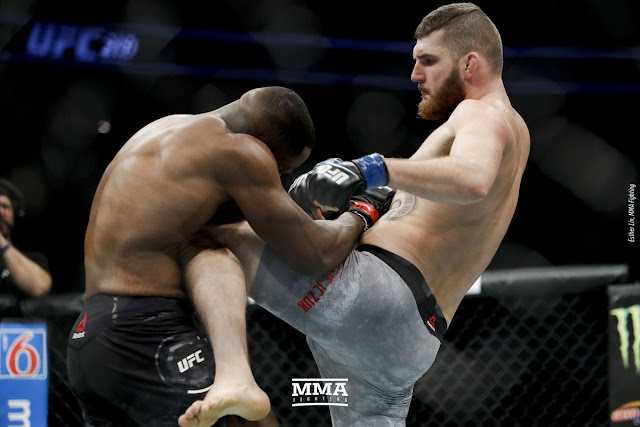 USADA has suspended UFC light heavyweight Michal Oleksiejczuk for one year for returning a positive result for clomiphene in December. He is currently serving a one year suspension, given by the Nevada Athletic Commission (NAC) back in March and both suspension will be seen out by him concurrently.
The 23 year old, Oleksiejczuk is on a nine fight winning streak and still remains one of the best out of Europe. Oleksiejczuk will be able to return to the UFC on Dec. 29, 2018. Oleksiejczuk (12-2, 1 NC) made his UFC debut against Rountree after his fight with Ion Cutelaba was scrapped at UFC 217 due to Cutelaba’s failed drug test.
The native of Poland tested positive for the banned substance — an anti-estrogen agent — in an in-competition drug test in relation to his fight with Rountree at
UFC 219 on Dec. 30 in Las Vegas. Oleksiejczuk, 23, initially won by unanimous decision.