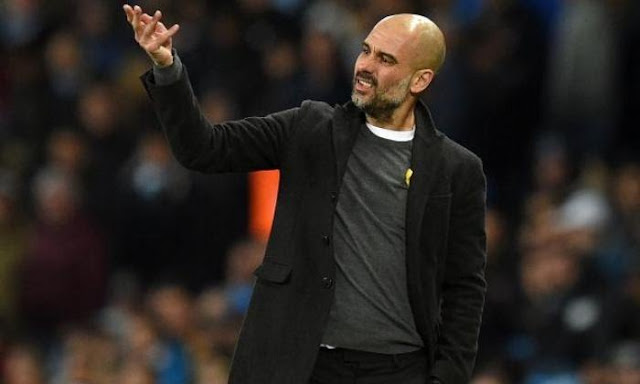 Manchester City Boss Pep Guardiola has been given a two match ban for improper conduct following his dismissal in the second leg of their Champions League quarter-final against Liverpool in April.

Liverpool got Fined €20,000 (£17,500) for attacking Manchester City Boss at Anfield in the first leg of their Champions League quarter-final in April and were fined a total of £7,900 for setting off fireworks in the second leg with City and the second leg of the semi-final at Roma.

UEFA said in a statement that the punishments were mainly for setting off of fireworks, throwing of objects, acts of damage and crowd disturbances

Liverpool, who ended up runners up in the Champions League called the behavior “completely unacceptable” from the supporters, as they completely damaged the City bus.

UEFA also Fined Zenit St Petersburg a total of £61,476, £43,911 fine was imposed on Zenit for “the racist behaviour of its supporters with an order for the club ordered to play their next home game in UEFA competition behind closed doors.