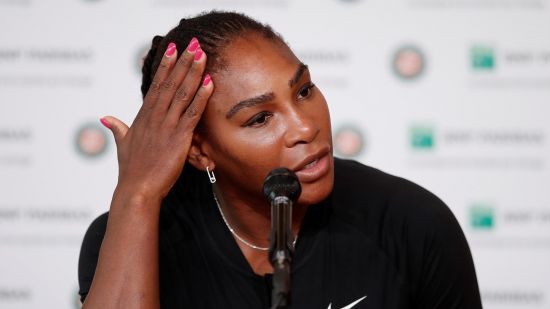 Serena Williams has pulled out of her French open third round Clash with Maria Sharapova citing injuries with her hand (right pectoral muscle) . She even admitted she couldn’t make a serve in her Injuty Press Conference.

“I’ve had issues with the right pectoral muscle to the point where I can’t serve,” said the 36-year-old.
“I’ll have a scan. I won’t know about Wimbledon until I get the results.”

Watch The Full Press Conference Below

The pull out by the 36 year old and 23 time Grand Slam winner will cut short hopes of a renewed rivalry with Maria Sharapova. A rivalry that has spanned almost or more than a decade.

Sharapova will now roll on smooth waters into the quarter Final of the Roland Garros  with hopes of facing third seed Garbine Muguruza and Lesia Tsurenko.