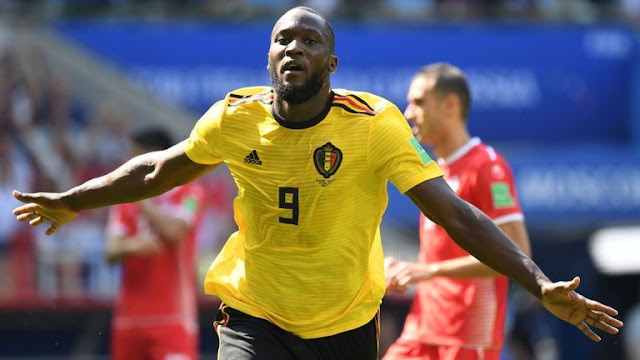 Romelu Lukaku has equaled a feat last reached by the Argentina great Diego Maradona with his two strikes for Belgium in their 5-2 victory over Tunisia at the 2018 World Cup on Saturday.

The Belgian and Manchester United striker scored a brace in Monday’s 3-0 victory over Panama, then followed it up with with two goals against Group G opponents Tunisia in Moscow to go leveled with top scorer Cristiano Ronaldo at the 2018 FIFA World Cup.

Diego Maradona had achieved the feat, when he and the Argentinian national team lifted the trophy in the 1986 World Cup in Mexico.

Others to ever score a goal in back to back games at the World Cup include Brazil legends Garrincha and Pele, 1986 Golden Boot winner Gary Lineker, Argentina’s Mario Kempes, West Germany forward Gerd Muller and Portugal great Eusebio.

The record for most goals scored at a World Cup finals is 171, which was set at the 1998 tournament in France and was matched four years ago in Brazil.

The record of 18 goals scored via spot kicks at a World Cup finals is shared by the 1990, 1998 and 2002 competitions — the former was a 24-team finals featuring 52 matches played, while the latter two editions came after the expansion to 32 teams and 64 matches.