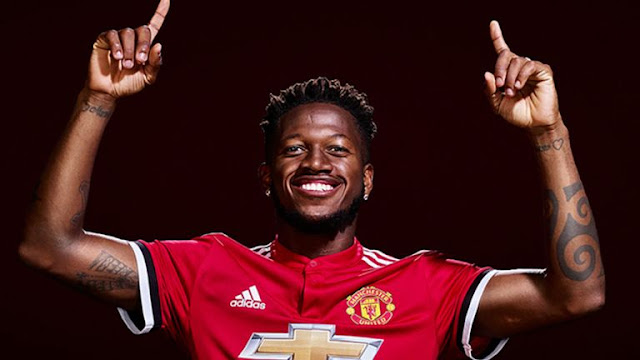 Manchester United has completed the signing Brazil midfielder Fred from Shakhtar Donetsk on a five-year deal to become Jose Mourinho’s second signing of the summer following the arrival of defender Diogo Dalot from Porto.

“Fred will complement our other midfielders’ qualities, which we need; his creative brain and passing vision will give us another dimension to our game”.  Jose Mourinho said.

“I am very happy he is joining our club and I believe our players know how important he can be in our team.”

The 25-year-old joined Shakhtar from Internacional in 2013 and won three league titles in Ukraine, will have a one year contract extension option.

He said : “This is the biggest club in the world and I am delighted to be a part of this amazing team,” he said. “To work with Jose Mourinho, who has won so many trophies in his time as a coach, is an opportunity not to be missed.

“I cannot wait to get started and to meet my new team-mates. I would like to thank everyone at Shakhtar Donetsk for everything they have done for me over the past five years.

“This is a very exciting time for me with my focus now fully on the World Cup with Brazil.”

“At United, I’m looking to win titles, alongside my new team-mates and my new manager, win matches with the club and make history by achieving great things together.”

Fred started his professional playing career at Internacional, where he made 33 appearances and scored 7 goals. He then made a move to Ukrainian side Shakhtar Donetsk, where he helped the team to 10 triohies which includes Three Ukrainian League titles, Three Ukrainian Cup and four Ukrainian Super cups.

Fred reached an agreement with Manchester United two months ago on June fifth completed his medical last week, before eventually penning down a five year contract with an optional one year extension at a Old Trafford.