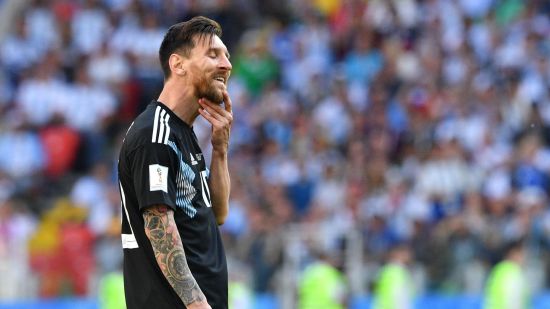 Argentina led by the five time Ballon D’or winner Lionel Messi and coached by Sampaoli couldn’t get the available three points against a very organized and defensive Iceland in Russia.

Iceland stayed back and waited for the Argentines to open up, so they can hit them on a counter while also holding their own, up in the defense. They showed great composure upfront though wasted a few chances early in the game.

Argentina, with a Star loaded squad detected and controlled the game, sucking up majority of the possession, but found it hard to penetrate the well arranged Iceland defence. Aguero found a way in the 19th minute, to score his first FIFA World Cup goal.

Argentina celebrated, but their jubilation was short lived, as the determined Iceland got back in four minutes later, Finnbogason tapped in from close range to level the game before half time.

Argentina had some of their penalty calls, ignored in the second half but one was given and was a good opportunity to claim three points, to lead the group but Messi, who is one of the best players in the planet, played the ball right into the keepers hand.

Argentina with Iceland, settled for a point but there is still hope for them all as Croatia and Nigeria could still give them points enough to qualify.