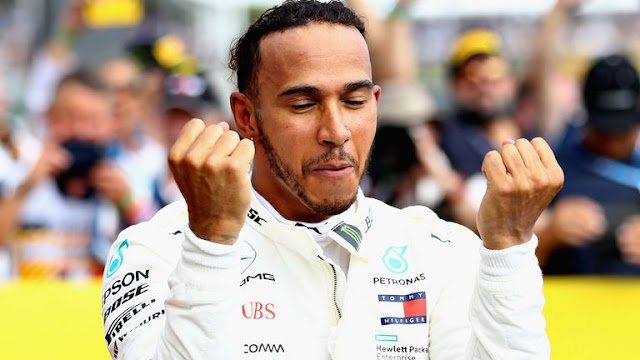 Lewis Hamilton now leads the drivers championship after securing a victory in the French GP with close contender Sébastian Vettel crashing out of the race.

Hamilton finished confortably ahead of Red Bull’s Max Verstappen and the Ferrari of Kimi Raikkonen in the first French GP since over a decade.

Sébastian Vettel had a bad race and somehow created a worst one for Hamilton teammate Bottas crashed into the his rear at the first corner and earned himself a five minute penalty.

Valtteri Bottas car was totally damaged by the clash and managed to drag the car round the circuit to the checked flag but Vettel after the his  five second penalty, limped back to the pits for an emergency repairs, then stole the show by  scything through the field before taking a second pit-stop with 10 laps remaining to slip back to fifth.

Hamilton smiled felt really good after the the race and simply expressed it with the best phrase for it
“This is a great day,” said Hamilton, who now leads the standings by 14 points. “It’s the best French GP I’ve ever had.”

Kimi Raikkonen made the best out of the Vettel Clash to hit the second spot and maintained it till the last and could have being the winner, if Hamilton wasn’t on his flawless.