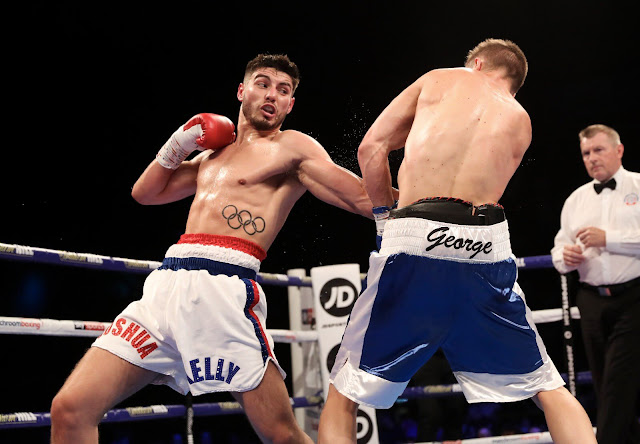 Kelly attacked George with all he had, following him everywhere in the ring and with those good movement of his avoided getting caught by George. His victory at the end cannot be disputed.