Skip to content
HomeEPL Sports NewsJose Mourinho Backs England To Win, And Strong Squads To Bounce Back At Knockout

Jose Mourinho Backs England To Win, And Strong Squads To Bounce Back At Knockout 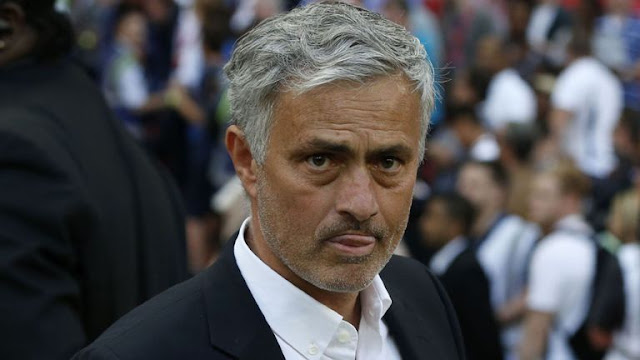 Manchester United Boss Jose Mourinho has backed England to defeat Tunisia, in their first game at the World Cup due to Tunisia’s unimpressive performance against Portugal in a friendly before thh world cup.

England’s coach Gareth Southgate will be hoping to break some record held by the England squad. The England squad has fail to win their opening game in any of their previous four major tournaments.

Four previous world Cup winner (Spain, Argentina, Germany and Brazil) have failed to impress in their opening game but Mourinho, backs England to fall out of the line. Speaking to Russia Today

“I watched Tunisia against Portugal in the last friendly that Portugal played before the World Cup and, honestly, I didn’t like much.
“I consider Tunisia a similar team in terms of potential and style to Morocco, for example. I think England should win.
“But Brazil should win, Germany should win and Argentina should win, so I don’t know.
“Tomorrow is a day where two strong teams and two strong squads in Belgium and England come to play with three at the back plus wing-backs, so let’s see how the smaller teams are going to adapt to that.”

He called yesterday and “Amazing day of Football” as both brazil and Germany failed to win their opening games and also acknowledged that some teams are capitalizing on their better parts in bringing down the good teams.

“It’s an amazing day for football,” he added.
“I’m pretty sure that Gianni Infantino is happy. I’m pretty sure that people that really love football and are not just focused on supporting some team will be happy.
“I am happy, I am really happy with the results today. This is the beauty of football. Sometimes in other sports this is not possible.

“The reality is that some of the teams are showing they can be better than the sum of their parts. Have Switzerland got a special player? They don’t have that.
“But the goalkeeper was solid, Schar was fantastic, the midfield was solid. Seferovic was not dangerous but he worked fantastically well for the team.
“The sum of the parts was better than the sum of the individuals. In 10 times they can get three draws and win one – and this is the beauty of football.”

He has backed the bigger teams to hit back into the game to show their best performances at the knockout stages of the competition.

“I don’t think it’s a drama for them,” he added.
“I think they all know how good they are. I think they all know they are going to improve.
“It’s probably good for them to put their feet on the ground and it’s probably good for their countrymen also to keep calm.
“Obviously in big football nations, there are lots of expectations. Critics will come. Not my profile of pundit, but other profiles love the blood. They will come strong immediately.
“They all will qualify and the best of these top teams will come in the knock-out.”