Skip to content
HomeBoxingJoe Joyce vs. Richard Lartey Set For June 15 At O2

Joe Joyce vs. Richard Lartey Set For June 15 At O2 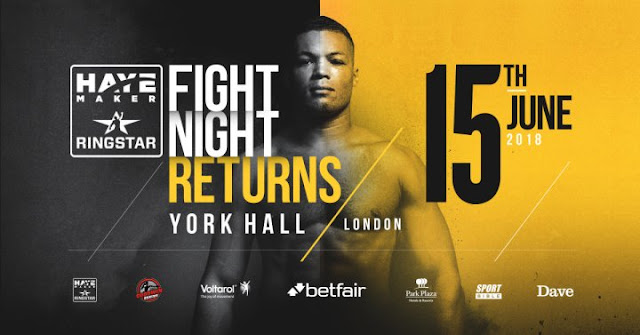 Joe ‘Juggernaut’ Joyce will make the first defense of his title, he won by a devastating second round KO of Lenroy Thomas. He became the first ever heavyweight boxer to win the prestigious Commonwealth title in just his fourth fight – and with only 12 professional rounds under his belt.
The 6ft 5in Lartey (13-1, 9KOs), previously the Ghanaian Heavyweight Champion and he likes to end fights early with five of those big KOs coming inside the second round. He challenged for the WBC Youth Silver Heavyweight title in December 2014 which resulted in his sole career loss, but is now undefeated in six fights since.

Also On The Card

🌐 the incredible and inspirational Ruqsana Begum faces Ivanka Ivanova in a rematch after their contest ended in a draw in March and collide over four rounds at super-flyweight; red-hot

“The bigger the challenge the better I perform and Lartey looks like he can pack some power in the ring so lets see if he can bring it on against me. Four stoppages in four fights and the Commonwealth title is already ticked off. I’ll be going all out to make Lartey number five, keep hold of my belt and tear it up going forward. I haven’t even be a pro for a year yet, I’m thrilled with my progress so far and there is so much more to come from me, it’s frightening when I think about what I’m going to be doing in the heavyweight division.” Joyce said,