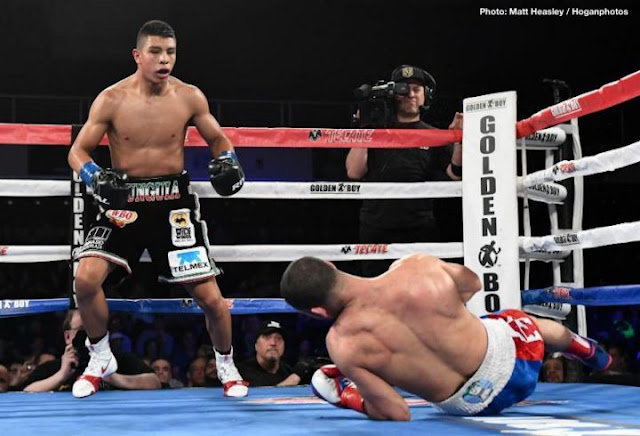 WBO junior middleweight champion Jaime Munguia will defend his against Liam Smith on July 21 in Los Angeles, California as a co-feature on the undercard of WBA super featherweight champion Alberto Machado vs. Rafael Mensah.
The former WBO champion Liam Smith will revive his career, if he ends Munguia the way, Munguia ended Sadam Ali but Munguia would lift his career with a knockout win ending Smiths career, as No one will comprehend him losing to less experienced Munguia.
Smith (26-1-1, 14 KOs) is on a three fight winning streak and looking to hold the WBO title the second time, rated No. 1 with the WBO and having been tested in the past, should be able to use his experience against the 21 year old Munguia.
Munguia will be making his first title defense since knocking out Sadam Ali with four knockdowns, in the fourth round and that was Ali’s first defense after winning a decision over Miguel Cotto in December. Liam Smith was supposed to face Ali but pulled out giving Munguia the opportunity.