Skip to content
HomeBoxingI Am The Best Welterweight, Other Champs Should Send Messages To Me

I Am The Best Welterweight, Other Champs Should Send Messages To Me 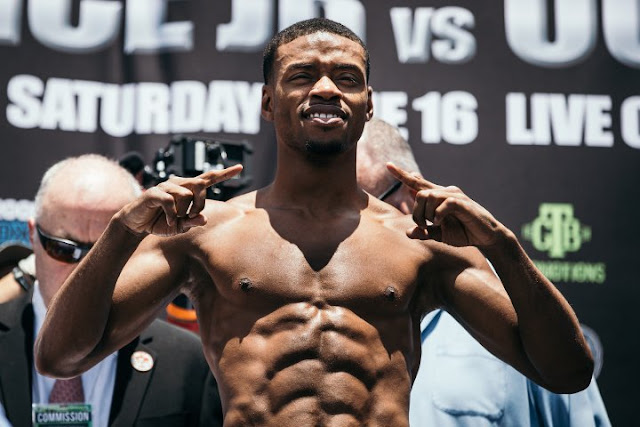 Errol Spence Jr. has been looking to defend his title in his home town since winning it from Kell Brook last year and now has the opportunity to do so against Mexico’s Carlos Ocampo, whom he admits he knows nothing about.

Spence (23-0, 20KOs) will be defending his title for the second time as a champ, after knocking out Lamont Peterson in the eighth round back in January in New York. That was his tenth straight KO.

Ocampo (22-0, 13 KOs) Fights for the first time outside Mexico and might due to his blur history, take Spence by surprise, as Horn had done Manny Pacquiao last year but this is just a perspective as Spence, is motivated by making the first promotional Fight in his Man Down promoyion end with a win.

“Definitely this has been bigger than I expected. I get a little bit nervous when they say I’m fighting in front of 14,000-plus fans. But I have the support from my home state of Texas and Dallas. I love it.”

The 28 year old, as usual should love to make an example for other welterweights  sending messages to other champions in the division but this was his reply.