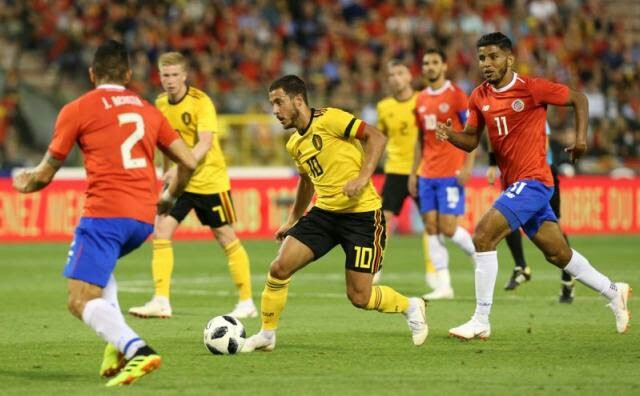 The beautiful Belgium win over Costa Rica was marred with Eden Hazard’s injury scare which will definitely be a big blow for Belgium , if it actually serious.

The game which also saw Romelu Lukaku score twice and assisted one, after Bryan Ruiz opened the scoring and Mertens leveled from close range Hazard’s cross.

Lukaku ensured that the Belgians go the lead before halftime after a great team work effort with Mertens and Hazard set up the United forward for a volley.and five minutes after the break cemented their victory.

He finished off his mark in the game by assisting Batshuayi in the sixty fourth minute with a low cross into the box.

Eden Hazard limped off 20 minutes to go following a couple of robust Costa Rican challenges, although the Chelsea forward did not appear too badly hurt. But in every way Belgium has sent a message to all Group G opponents England, Tunisia and Panama.