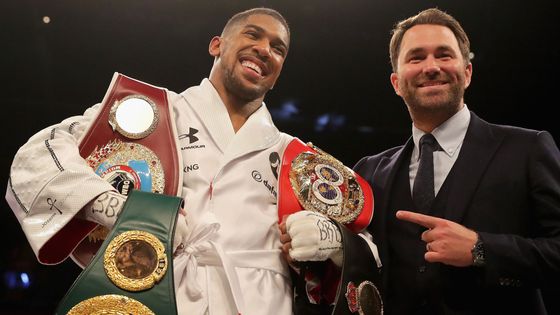 Deontay Wilder has agreed to give Anthony Joshua the home advantage in their Heavyweight unification Clash and has even agreed to fight with what ever fight purse the Brit’s team is willing to allocate to him.

Eddie Hearn say he will be meeting with AJ and his team to talk on the latest developments and pospossi send Wilder a contract before the end of the week.

“I spoke to AJ and Rob McCracken this morning and obviously we saw Deontay Wilder’s stuff on social media.

“It’s great that he’s come back to us. We made this offer about four weeks ago and I don’t know if he’s come back because he’s heard we’re close to closing the Povetkin fight or whether he wants the fight, but either way he’s going to be getting a contract from us ASAP.

“It’s obviously the fight we want. There is a lot of sorting out to do for this fight, but great news that in principle he seems to be on board for the idea of coming to the UK for the fight.

The New development leaves Eddie Hearn on hot seats as the issue of dates and venues for the fight in UK is still not finalized and that Canelo Alvarez will also be fighting for a September 15th date will also be an issue.

“We see this as a Wembley fight and we’re quite limited in that respect,” said Hearn. “Obviously American TV and pay-per-view has to be considered. We’ve got to speak to them about what date suits them. There is a lot still to work out.

“I think Wembley is where Anthony Joshua wants it to take place. Obviously a brilliant night against Wladimir Klitschko. It seems a natural home.

“Our original plan and hope was to do it in the middle of September, but obviously this ‘Canelo’ fight on September 15 makes it a little more difficult with US TV and the fact that we’ve lost four weeks in waiting for an answer from Deontay Wilder, makes the fight happening in 11 or 12 weeks of this magnitude unlikely. If it is before Povetkin, then it runs on October and November.

“We’ve got to get to the bottom of it all today. One thing I can tell you is by the end of this week, Deontay Wilder will have a contract in front of him and we’ll see if he’s real.”