Skip to content
HomeBoxingDeontay Wilder Jealous Of Anthony Joshua, Due To Earnings

Deontay Wilder Jealous Of Anthony Joshua, Due To Earnings 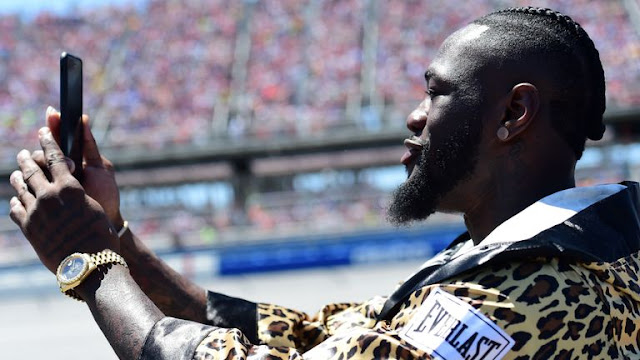 Barry Hearn the founder of MatchRoom believes that the WBC Champion Deontay Wilder feels “Jealous” of Anthony Joshua and also revealed that the deal for the fight could still be completed.

IBF, WBA and WBO heavyweight champion Joshua will likely face WBA mandatory challenger Alexander Povetkin in his next fight, due to the fact that a deal couldn’t be reached in the WBA given time limit.

“There is a contract on [Wilder’s] people’s desk which says: April 13, 2019, Wembley Stadium,” Matchroom chairman Hearn told Sky Sports News . “The contract encapsulates all the terms that you agreed.

“There’s only one thing that you’ve got to do – sign the contract .Boxing hadn’t gone anywhere for 10 years but suddenly it is as hot as hell – it is a sexy sport. We need to keep coming up with big fights, and there’s nothing bigger than Anthony Joshua.

“We appreciate Wilder isn’t making any money. He probably looks at Joshua with a good degree of jealousy. I’m the biggest name in America but I’m earning less than a tenth of what Anthony earns per fight’.

“Wilder has something in front of him where he can plan his future. He can earn five or six times more than he’s ever earned in his life.
“And if he’s good enough, he’s got all the cookies. Unbelievable! He will be massive.
“There’s one obstacle: Anthony Joshua.”

Deontay Wilder has openly reacted angrily via social media over the recent development,  but Hearn said the fight could take up their already booked Wembly spot next year.

“Don’t give me any rubbish,” Hearn continued. “You either want the fight or you don’t want the fight. AJ is giving you the opportunity. Paying you $15m to live the dream and find out how good you are.

“We are committed. We’ve got Wembley booked. And if it’s not Wilder, it’s got to be someone else…”